Trick-or-treat around the world

Chocolate skulls, beet lanterns and trunk-or-treating: how a Celtic tradition has been adopted and adapted by the rest of the world!

When trick-or-treating first became popular in the US in the 1950s, children would have to explain the concept to bemused adults who opened the door. 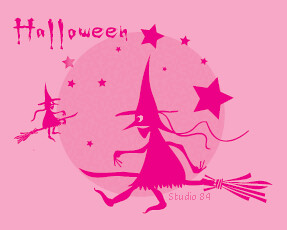 So how would the children explain what trick-or-treating is?

The explanation these ahead-of-their-time children probably gave is that trick-or-treat is a request for a treat (usually sweets). If no treat is given then there is a rather idle threat to perform a mischievous trick on the stingy householder.

Trick or treat is, of course, immensely popular in the UK. Baker Ross has lots of trick-or-treat ideas and Halloween crafts to help children celebrate Halloween in style!

In Scotland and Ireland, children travelling door-to-door in Halloween costumes in the 1950s had no need to explain the tradition of trick-or-treat – the practice had long been established in these countries.

Halloween itself has its origins in an ancient Celtic festival which marked the time when the dead would walk among the living again. To protect the harvest from the dead, people would dress in scary costumes which were probably intended to mimic the dead and scare them off!

So, the tradition of dressing in Halloween costumes began and explains why trick-or-treaters today dress up in masks and skeleton outfits.

In medieval times, the end of October was still associated with a time when the dead were in people’s thoughts. The medieval practice of ‘souling’ involved poor folk going door-to-door asking for coins or food in return for prayers for the dead.

The traditions of dressing up in scary costumes and going door-to-door at the end of October seems to have evolved into ‘guising’ – the Scottish term which refers to children travelling around neighbourhoods disguised in costumes and asking for food or coins.

Halloween has for many years been a closely-observed tradition in Scotland. Robert Burns’ poem Halloween, first published in 1786, reflected just how popular the festival was with Scots and was later used as a template for Halloween party celebrations for people all around the world.

The first reference to guising in Scotland is recorded in 1895 but the tradition is thought to have been around long before. Perhaps people were having too much fun at Halloween to have time to write about what they were doing!

Trick-or-treating around the world
•Swedish children dress as witches and go trick-or-treating on Maundy Thursday (the Thursday before Easter).
•In Germany and Austria it is traditional for children to appear on doorsteps with home-made beet lanterns or paper lanterns
•Trunk-or-Treat has become popular in the US. This involves trick-or-treating being carried out from parked car to parked car in a car park. It’s good for saving shoe leather I suppose!
•In Mexico, instead of asking “trick or treat” children demand “can you give me my little skull?” Don’t worry; they don’t expect to see a real skull – the person who answers the door is expected to provide a small skull made of chocolate.